Invest in women by instilling the skills necessary to navigate life, and inspire members to enrich their own lives and the lives of others.

The Foundation’s first scholarship was announced at the 1984 National Convention by the Houston Alumnae Chapter to honor noted alumna Lenore “Sybil” Seibel King. The first grant awarded by the Foundation was the $250 Mary Alice Peterson American Indian Grant. The first grant to the National Organization was for $150 and was used to update the slideshow of Pine Mountain Settlement School, our national philanthropy at the time. In 1988, the Carrie Washburne Staehle Scholarship Fund, honoring our President Emerita, was launched by the Elliott sisters: Edith, Meda Ray, and Betty Gail.

In 1989, the Rose Marie Schmidt Scholarship was announced, funded by Rose Marie Schmidt. At the 1990 Convention, the first recognition of donors who have given $100 or more was made. At the 1990 Convention, the Foundation announced the Elizabeth Wilson/Dorothy Bennett Robinson and Mary Louise Mandrea Doyle Scholarships. In 1991, funding was received for the Meda Ray Elliott Sewell and the Edith Minerva Elliott scholarships. The Foundation currently maintains more than 60 individual and chapter scholarships and grants.

In 2012, the Foundation moved its operations to join the Sorority’s office in Indianapolis and now enjoys a shared staffing model with the Sorority to maintain daily operations.

In addition to scholarships and program grants, the Foundation has sponsored countless speakers at Conventions, Officer Academies, and regional workshops over the years. Since its inception, the Foundation has provided nearly $1 million in program grants to the Sorority to support programs and initiatives that empower, educate, and protect our Alpha Sigma Tau Sisters. 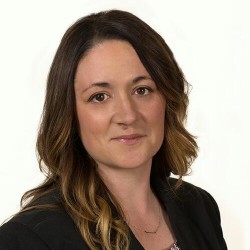