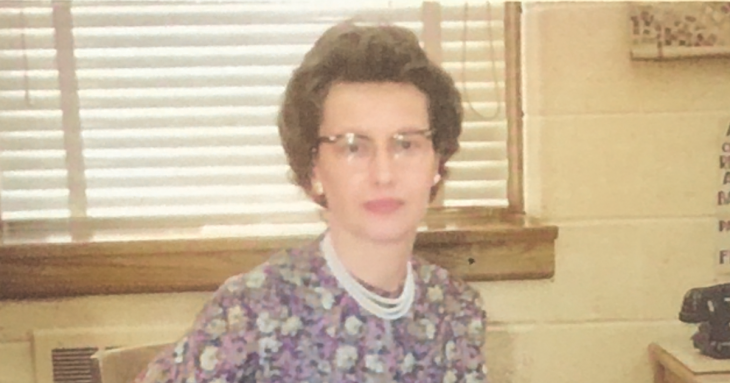 With great sadness, the Alpha Sigma Tau Foundation shares Rose Marie Schmidt, Ed.D, passed away at age 97. Because of her enormous and compounding contributions to both the Foundation and Sorority, she is regarded as one of the most influential women in Alpha Sigma Tau’s history.

Rose Marie was initiated into Alpha Sigma Tau at Wayne State University, home of the Theta Chapter, on February 29, 1944. She remained involved in Sorority her entire life. In her local community, she was an active member of the Detroit Alumnae Panhellenic and Detroit Metro Alumnae Chapter, where she served as President from 1980-1992. Nationally, Rose Marie served in volunteer roles such as Rush Chairman, National Pledge Chairman, and Alumnae Editor of The Anchor. She also served as National Chairman for the 15th National Convention held in Detroit in 1964, where she was honored with the Ada A. Norton Award.

When she served as Chairman of the Scholarship Committee, Rose Marie funded the Rose Marie Schmidt Scholarship, which has financially supported the academic endeavors of more than 40 Alpha Sigma Tau members to this date.

Additionally, Rose Marie was a cornerstone donor in the 1990s when the Sorority was purchasing the Headquarters Facility in Birmingham, Alabama. When Alpha Sigma Tau Headquarters moved to Indianapolis in 2010, the building’s education classroom was dedicated in her honor, signifying her devotion to education and lifelong learning.

Rose Marie was recognized as both a Builder and a Sustainer of Alpha Sigma Tau. This recognition was bestowed to alumnae members for their dedication, loyalty, and perseverance in supporting the national organization during the years between 1934 and 1977 (Builders) and 1978 and 2000 (Sustainers). Rose Marie was the only member recognized in both groups and was the final surviving Builder.

Professionally, Rose Marie is one of the most decorated school administrators in the Detroit Public School System history. Rose Marie began her extensive and prominent education career with the Detroit Public School System as a teacher. After several years, she moved to administration and served as a recruiter, traveling to bring new teachers to Detroit. After 34 years of service, Rose Marie finished her distinguished career as the Director of Personnel.

Rose Marie was preceded in death by her sister Marga (Ernest) Coverdill and is survived by her other sister Lillian (Herbert) Meister. Lillian is also a member of Alpha Sigma Tau from Wayne State.